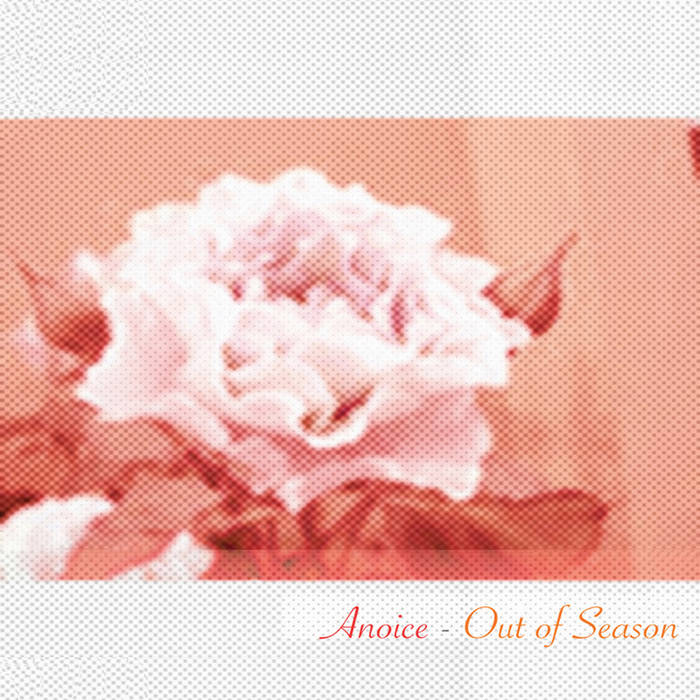 Out of Season is the second album from the Tokyo-based neoclassical/alternative ensemble, Anoice. Aside from Anoice, the music group Ricco Label is made up of many other wonderful projects: the solo work of Takahiro Kido and Yuki Murata (who are both members of Anoice), RiLF (an alternative rock band formed by the members of Anoice and Calu, who is the vocalist of Matryoshka), mokyow (a post-rock band formed by Anoice members Takahiro Kido, Takahiro Matsue, and Tadashi Yoshikawa, as well as keyboardist Kenichi Kai), cru (a neoclassical music unit formed by composers Takahiro Kido and Yuki Murata), as well as some secret projects yet to come!

By releasing this album, Anoice established their unique method of composing music, that is: configuring simple tracks by their minute calculation.

The album contains some unforgettable masterpieces such as "Glitch" and "Short Film," which are admired by Ryuichi Sakamoto, and "id," an awesome post-rock tune which has overwhelming noise and rhythm that appear out of nowhere from the dark.

You cannot help being startled by their original basic concept that has been refined since they debuted in 2006. In addition, don't miss the tense atmosphere felt everywhere in the album by recording at a ruined hotel!!