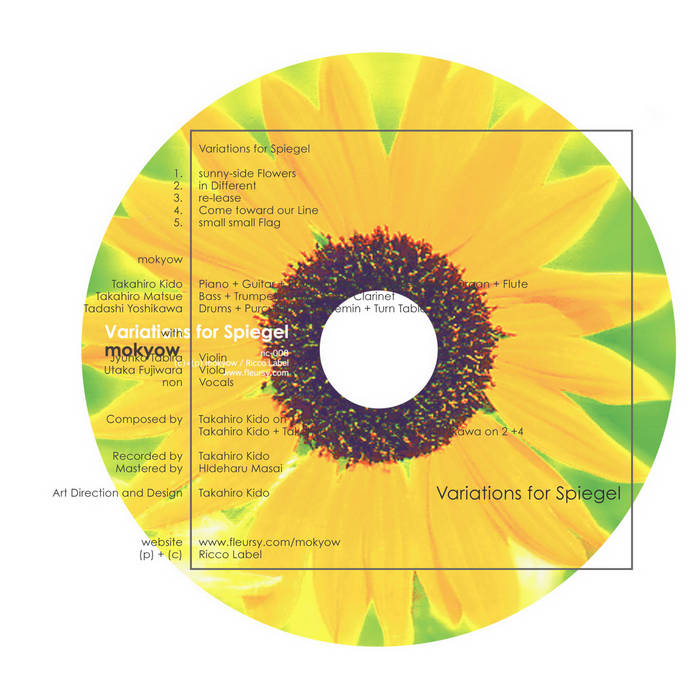 The first album from mokyow, a post-rock band formed by Takahiro Kido, Takahiro Matsue and Tadashi Yoshikawa, all members of Anoice.

This album was made as a concept album for the soundtrack to "Spiegel Im Spiegel", a novel by Michael Ende. It was made by adding stringed instruments such as violin and viola and sweet whispered vocals to the band sounds by mokyow's improvisation.

You'll be able to listen to various styles of music; from "sunny-side Flowers," a grand tune recorded in a tunnel and fields, to "small small Flag," a dreamy tune in which a guest vocalist participated.

For fans of the beautiful soundscapes of Sigur Ros and the noisy sounds of Mogwai.

Recorded and Mixed by Takahiro Kido
Mastered by Hideharu Masai