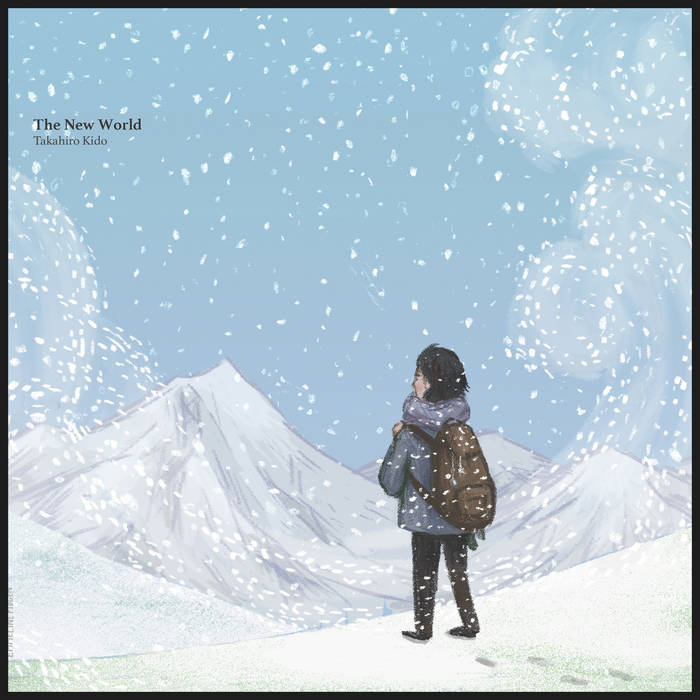 Ben Leathley One of my favourite albums where modern classical/post-classical meets post-rock elements. Magical and engaging, playful and relaxing.

Is this the soundtrack for the next Studio Ghibli film?

Takahiro Kido, member of Anoice and other projects (RiLF, films, mokyow, cru), has released highly-praised albums all over the world and created over 100 tunes a year as a music composer, mixing engineer, and producer. After numerous tours, participating in an event at Saitama Super Arena, and performing with Christian Fennesz, he will release his new album 'The New World' to commemorate the 10th anniversary of his debut.

He has also been in charge of composing music for many movies and commercial spots, and the melodies loved over generations has left his name in the history books of the three major international film festivals; Cannes, Berlin, and Venezia. This album is formed by simple neo-classical music with a piano and strings section, where his talent for composing music is realised by perfect performances from great music instrumentalists including Yuki Murata from Anoice. The lovely sound and melodies, will echo through the minds of many music fans in the world!!

This album contains grand beautiful tunes such as ‘Fountain’ and 'Seven Days in Zermatt', and the original versions of 'Migratory Birds' which has been used on the spot of JT in Japan, 'Train to Paris' which is the soundtrack of the movie 'Ghost Dolls' of Toei, 'Hope' which is the theme tune of the movie 'Tsukiji Wonderland' of Shochiku, and 'Curtain Call' which is the theme tune of the event 'Photo Revolution 2015' of Milbon. Please don't miss out on a talent that equals that of Ryuichi Sakamoto and Joe Hisaishi!!

You will also receive a limited EP 'music for good sleep' which Takahiro Kido composed for this release, and a postcard illustrated by Emmeline Pidgen in UK, if you order the CD.