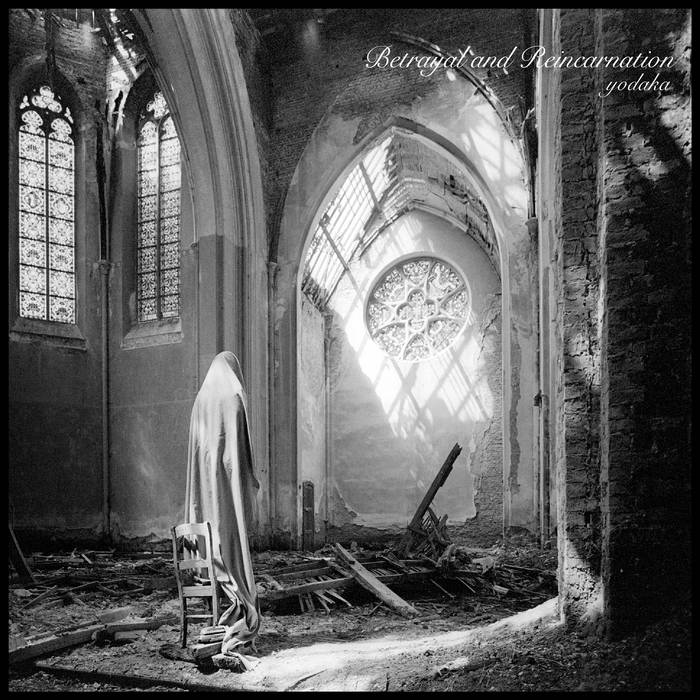 On 5 February, 2016, we will release the first (and also the last) album from Yodaka, an instrumental rock band that is based around KASHIWA Daisuke, a Japanese musician who has received a high evaluation in electronica/neo-classical music world.

He debuted and released 'april.#02' on Onpa in Germany, in 2006. Then, released 'program music I' and '5 Dec.' and more on Noble, the Tokyo-based music label which has sent many Japanese electronica artists such as World's End Girlfriend, Serph and Films all around the world. In addition, he is known as the film composer that released a piano album '88' on Virgin Babylon Records and took charge of music for The Garden of Words, an animation movie directed by Makoto Shinkai.

And now, he will release the debut album 'Betrayal and Reincarnation' by Yodaka a band which he had been promoting the activities of before he debuted as a solo artist, on Ricco Label, the home of many neo-classical and instrumental music artists.

This album has a magnificent ambient sound like Sigur Rós, a destructive band sound like Godspeed You! Black Emperor, and a uniqueness made by carefully mixing works that has also become a synonym for his solo music. The release is spread over 4 tracks at 62 minutes and 7 seconds and the album cover photo was taken by a Belgian photographer, Henk van Rensbergen who also took charge of the photo of 'april.#02' that is KASHIWA Daisuke's first solo album.

You can also get a CDR including Yodaka's unreleased tracks and the remixed tracks by KASHIWA Daisuke, and a post card if you order the album on BandCamp.